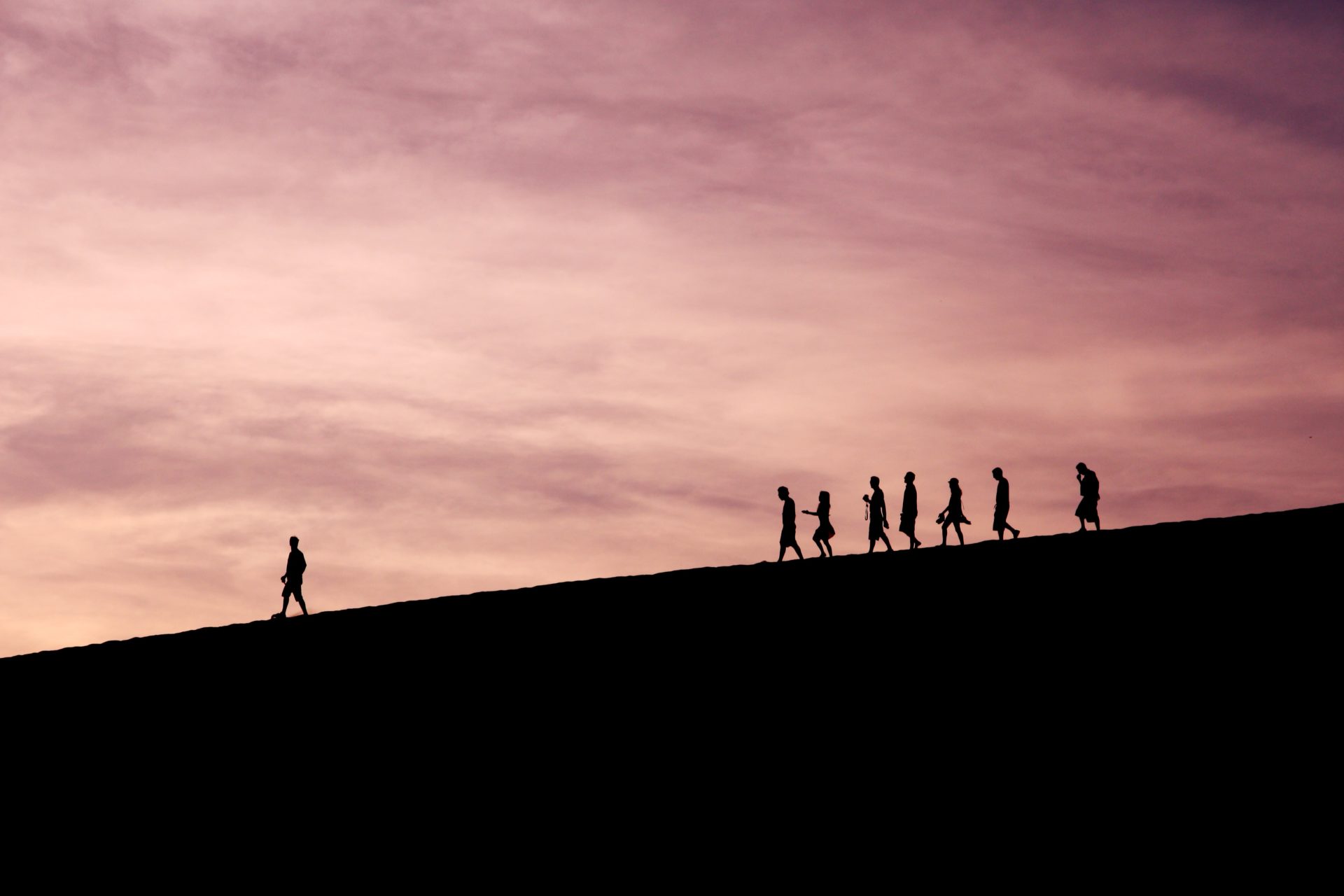 How to be a role model with Catherine Vaughan

This month we interviewed Catherine Vaughan at EY to get some insight and understanding of how to be a role model both in the workplace and outside of it.

Suhayla Ibrahim: What do you do for work?

Catherine Vaughan: I’m a Partner in the Risk Management Executive team. I work as the compliance leader focusing on topics such as bribery and corruption and anti- money laundering. My role is to design compliance programs and oversee the implementation of those compliance programs across the 163 countries that EY operates in. I work with a team of people who are based virtually across the world all with the purpose of keeping EY safe.

The role really is to try and help build a level of trust in the market, so they work more fairly. That, for me is what motivates me about my role beyond the technical side of things. It is a direct contribution to the EY purpose of ‘Building a better working world’ because if the economies in which we’re working on become fairer, then that’s fairer not only for our people and our clients, but also for the societies in which we’re operating.

SI: How did you get involved with your firm’s LGBT+ network and how do you think this works globally as well as within Ireland?

CV: I think it works very well to be honest with you. We’re constantly improving and growing our global LGBT network. I became involved in the LGBT network in Ireland probably 10+ years ago when two or three of us got together and decided to take inspiration from what happened in the US and the UK. We started thinking about forming our own employee network here in Ireland. We spoke with the Managing Partner and he was very supportive. So, from small acorns, our team and influence, thankfully the network grew. Today I sit as Partner Sponsor in Ireland to a network with 150+ members including allies. It’s one of our largest networks and has really gone from strength to strength.

Since being made Partner last year, one of the privileges I’ve had is to get involved with a new network that was formed about 12 months ago. This network is one for global LGBT+ Partners. It brings together Partners from across the world to share experiences and talk about how as leaders of EY, we might seek to shape and influence what’s happening in all countries we operate in. We wanted to think about how we can connect with each other and talk to each other about making a positive experience much more real and visible in all countries. It’s been really fascinating and we’ve done quite a lot of work over a short space of time.

We’re trying new initiatives where employees who travel a lot within their role, are making themselves available to other parts of the world where LGBT+ visibility isn’t so strong. For example, a lot of my team are based in India which has gone through a lot of reform and change recently. One of the things I’ve started to do as part of my visits is, to stay on for an extra day and run D&I training where we talk about LGBT+ topics as well as other aspects of D&I. I’ve also made myself available to leaders and staff in case they want to talk or ask questions.

SI: What do you need to do to become a good Role Model for LGBT+ people? Do you have any tips? Have you changed any of your daily behaviours?

CV: Listening is really important. One of the things I’ve found most important about my ability to influence is understanding that my experience isn’t the same as others. Listening to other people’s stories and challenges, which may look and feel very different to my own, and then interpreting and bringing those stories to the LGBT group is what is important. Sometimes it means putting other people first, and I think it’s really important that if you promise to stand up and champion something, then you have to actively do things to make that happen. For me, those are the characteristics of a role model. For me it’s around visibility. It’s around being brave enough to speak up, call out, and shape and influence change.

I wouldn’t say I’ve had to change behaviours, but sometimes I have to consciously remind myself that I am a role model, because I didn’t actively seek out to be one. The number of people that look to me for support and guidance was actually pointed out to me by others. There are times where I’ve had to put my own preferences or workload aside because somebody has needed something from me in my ‘role modelling’ capacity. I have certainly had to make myself more flexible to deliver on my promise of being a role model and make sure I’m open and available to those who need it.

SI: What has being a role model at work brought to your personal life? Did the way in which you viewed yourself change when you were named in the OUTstanding Lists?

CV: I’ve been with EY for 20 years and I was made Partner shortly before the list came out. When the list was announced, the flood of emails and text messages I received was overwhelming. Some people said it was like icing on the cake. I’ve always been a confident person and I’ve always been clear about the type of person I am and my own personal goals. I do tend to put other people first and sometimes take a back seat. What the recognition as a role model gave me was reassurance, it gave me confidence again to say, “You know what, you are doing the right thing and you are on the right track, not for yourself but for the things that you believe in”. It re-energized and refocused me a little bit because it can be hard to be pushing on uphill sometimes. It clearly has made a difference to people so I allowed myself to enjoy the moment but not rest on my laurels but to get back out there and find the next challenge. 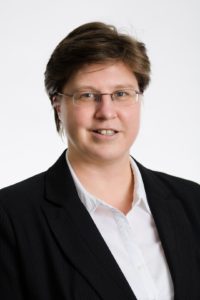 SI: Having been through your own experiences, would you say you see the issues faced by LGBT+ people in the workplace today in a different light? What does the near future look like?

CV: 25 years ago when I entered the profession, I would’ve seen a different part for LGBT+ to non- LGBT+ to the extent that I was one of those percentage of grads that went back in the closet because when I went to work what I wanted was the work and the professional experience and all the opportunities the profession would make available to me. I got over that pretty quickly and I came out. Thankfully overall I’ve had a very positive experience full of career progression and I’ve been attained most of my goals. As I look around now or looked around at the time, I put my achievements down as much to myself and my own ambition and determination as opposed to what was made available to me. I considered I had got over some challenges but I had possibly created some of those for myself. I think we do that a little bit sometimes. In reality the support of an inclusive employer was there all along, and for that I’m grateful.

In the last 25 years the level of conversation, the level of inclusivity and that level of willingness to understand why people feel different are all things I see in the workplace. I am very proud of this change. Do I think is perfect? No. Do I still think we’ve got work to do? Absolutely. We have to continue to create an environment where LGBT+ people can come into work and just know that everything available is accessible.

One of the biggest focuses that we’re talking about internally in Ireland now, is that we want to be ready and inclusive for the Trans Community and internally thinking about opening up the conversation more about anybody who might be thinking about transitioning. I think that that’s the next big focus for us here in Ireland.

CV: One of the things we’ve actively tried to do off the back of the LGBT+ network here in Ireland is to talk to other groups and minority groups. We’ve always had a Women’s Network but we didn’t have much more beyond that. We now have a Family and Parents Network, an Abilities Network, a Mental Health and Wellbeing Network, an International Network and we’ve maintained our Women’s and LGBT Networks.

A couple of years ago our Managing Partner asked me to help champion for others in the way I’d championed for LGBT+ people. He wanted to see change in our business that crossed every aspect of difference and he didn’t want anyone to feel that they weren’t included. He wanted me to build up inclusion for all. So, we went about an active campaign of talking to other groups and asking if they would benefit from an international network as we were working in a building with 45 different nationalities. We have such a vast array of people so what I’ve tried to do is to champion for that as much as possible.

We talk and we work together about how EY can create an inclusive environment for all whilst recognizing each of those strands might often have their own particular concern or nuance, I believe at least 80% of what we’re dealing with is very similar. It’s about access to opportunities. It’s about understanding why people feel that they have something different about themselves and it’s about responding to that understanding and getting the firm and the leadership to create a meaningful response to those differences. I’ve spent a lot of time over the last couple of years working with colleagues to help try and build that up. I hope that I’m seen as an ally and a champion for more than just the LGBT+ agenda.

SI: Considering the future experience of LGBT+ people in the workplace, what do you envision a perfect and inclusive workplace to be like in this respect? What are the key steps we need to take to get there?

CV: Sometimes there’s a kind of beauty in the imperfect as well because it makes us to continue to challenge. I think creating an environment where people can have open, free and non- judgmental dialogue is hugely important. This is something we achieve through things like more visibility, more role models and more people willing to make themselves available to challenge the norm. An almost perfect inclusive workplace environment creates space for high levels of engagement. It’s a place where people aren’t afraid to ask stupid questions and where others don’t take offense in answering them. It’s a place where people are respecting that what they are doing is potentially creating deep and personal conversations. There is also one very practical piece which the organisation can do and that is around making sure that we actively recognise people who are going the extra mile. Anyone who’s making any kind of contribution, no matter how big or how small, needs to gain recognition for going that extra mile and for making themselves a little bit vulnerable. This might be an LGBT+ person but they may also be an ally. There’s often a preconception that if you’re talking about LGBT+ issues, you must be in the LGBT+ community. Some of our best allies make themselves quite vulnerable, putting themselves out there. We’ve got the Allies list, which is amazing but we need to keep rewarding people for their work. There’s my vision for the future: Visibility. Role Models. Rewards and recognition.